Material possessions are not the only things at risk when burglars gain access to a house. Far more important are the lives of the people in your home.

With this in mind, security conscious homeowners should seriously consider putting a full home security system in place, including a security camera system.

One of the primary benefits of choosing a wireless home security system is that it is easy enough for homeowners to install without professional help.

The master control panel is typically ready to install right out of the box and installation only involves mounting it on a wall, hooking it up to the telephone line, and plugging the power cord in a power outlet. As soon as the control panel is up, the emergency numbers can be entered into the device.

In the event that suspicious activity is detected by the system, a siren will sound in the house and the emergency numbers will be automatically dialed by the system.

The wireless sensors that collect data are even easier to install since they only need to be mounted on an available surface. Cameras can be mounted anywhere that needs observation, while burglary sensors are typically attached to windows and doors to protect against unauthorized entry.

With wireless units, there are no unsightly wires and there is no need to break into floors and walls during installation. In addition, the sensor units are battery powered so they do not need to be placed near a power outlet, and they will continue to work even during power outages.

Wireless home security systems are also more portable and allow for more flexibility. As opposed to wired systems, which are difficult to relocate, wireless units can be easily moved, installed in places where it is difficult to run wires such as outdoors and in small spaces.

In addition, wireless systems are more secure because they are harder to disable. With a wired system, simply cutting wires would be enough to disable it. For a wireless system, the sensor itself will have to be located and disabled.

One of the best features that wireless systems have is the ability to arm and disarm the system without even being near the control panel. Another great feature is the ability to program the system to turn on lights and appliances randomly on schedule or as a response to suspicious activity to provide the appearance that someone is at home.

Aside from burglary monitoring, wireless home security systems can also be equipped to protect against fire, flood, and gas accidents. Using the same system, specialized sensor units can be placed around the house to detect smoke, water, and gas. Advanced systems can be programmed with different arming modes and alarm types for each of these events.

For instance, the fire department can be notified in case of a fire alarm, while a burglary alarm on the other hand will trigger an automatic notification to the police department.

Perhaps the only disadvantage of wireless home security systems is their cost, since they can be more expensive than wired systems. The gap is no longer so significant though since cheap wireless systems are becoming more available.

Even when the initial purchase price is higher, this is often made up by the savings on the costs of professional installation and additional materials needed for installing a wired system.

In addition, wireless home security systems allow the option of choosing a basic system because it is easy to scale up by purchasing and installing additional sensors and cameras.

A CCTV security system is a tried-and-true method of protecting a business. From small town … END_OF_DOCUMENT_TOKEN_TO_BE_REPLACED 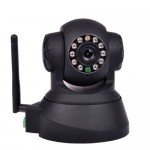 There are multiple reasons to use a wireless security camera, for the home, as well as for a … END_OF_DOCUMENT_TOKEN_TO_BE_REPLACED 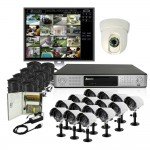 Security systems are important for any home or office building. If you are not able to have … END_OF_DOCUMENT_TOKEN_TO_BE_REPLACED

While security surveillance systems can not stop criminal activity, they have often been the … END_OF_DOCUMENT_TOKEN_TO_BE_REPLACED

If you wish to keep track of your property, a camera surveillance system is a necessity. These … END_OF_DOCUMENT_TOKEN_TO_BE_REPLACED